CRRR - Design of the Northern Subdivision

"Clinch River Rail Road", or CRRR,  is a freelanced model railroad, designed by Phil Brooks. It is modeled to look and work like the prototype railroads in the Appalachian coal fields in the '50s. An overview of CRRR is here.

End of 2016, when Phil and I prepared operation sessions for the CRRR, Phil for his "Southern Subdivison", and I for Speers Ferry and the "Northern Subdivision", I recognised that I had no clear picture of the trains needed, and the amount and specifics of freight movement.

The good news for this operations planning was: As CRRR was designed as a Railroad Model, which is set in place (see map) and time (1954) and context (the "Real Railroads" as interchanges around CRRR), the basics were set, and were realistic.

My starting points were:

Phil and I discussed the amount of traffic from Big Creek to Speers Ferry, and back. Prototypical operation of coal mines, tipples and loades is one aspect, the amount of traffic our CRRR can handle an other. Some elements had to be compressed. For example I had to lower the number of cars which could be transported.

One factor is the number of cars loaded with raw coal, which will be loaded at the northern branches "Robinette Branch" and "North Fork Branch". These cars will be transported for cleaning and classifying to "Consolidated Coal Preparation Plant" in Yewell via Big Creek, and than back to Big Creek for weighing, and after that beeing transported to the recipients via the staging yards. Teh result of our dicussion was: a good starting point is one northbound and one southbound train per day, = 24 cars/day.

To come to close as possible to get a realistic "Railroad Model", these were the first steps:

Glad to come so close to the real world, I summed up the coal traffic at Northern Subdivision.

The first addition of coal cars showed: much to much. Therefore, I closed four loader and tipples. 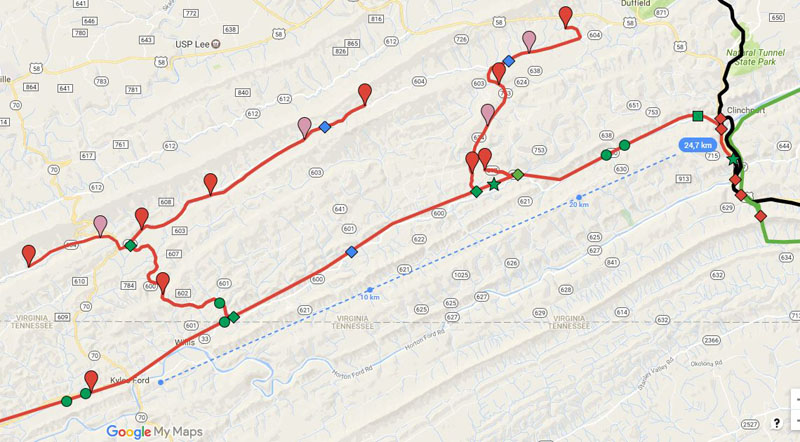 But, there were (summed up: raw coal + classified coal) still more than 200 coal cars per day, as MTY = Empties towards the loaders and tipples, and the same number back. Still to much.

Step by step I reduced the number of cars each of the remaining tipples and loades is shipping per day.

At this phase of planning, the CRRR had only one place for weighing of coal cars, and this was Big Creek. Therefore, all coal cars had to be routed via Big Creek. This would have been to much traffic on the Main Line, and to much work for one place to weigh.

Looking at the Interstate books, I found out that Interstate had a second weighing place, at Norton. Following the prototype, I set up a weighing place at "North Fork Junction Car Weighing". Doing this, I reduced the Main Line traffic by about 144 cars/day = 6 trains/day.

As a result, these are the trains that will be operating (planning status: 2016-Dec-26):

Number of coal cars transported on CRRR Northern Subdivision, and the numer of cars at the prototype, the Interstate RR.

For the details of the LDE please look at the following:

Pardee loaded about 25 to 30 cars per day, classified to several coal grades.

The loading area was on a steep grade, therefore a Runaway Track was installed. And no switcher was needed to move the cars at the tipple, the gravity gave enough power.

Osaka is the LDE for "North Fork Coal", at CRRR North Fork branch.

Osaka loaded about 25 to 30 cars per day, classified to several coal grades. 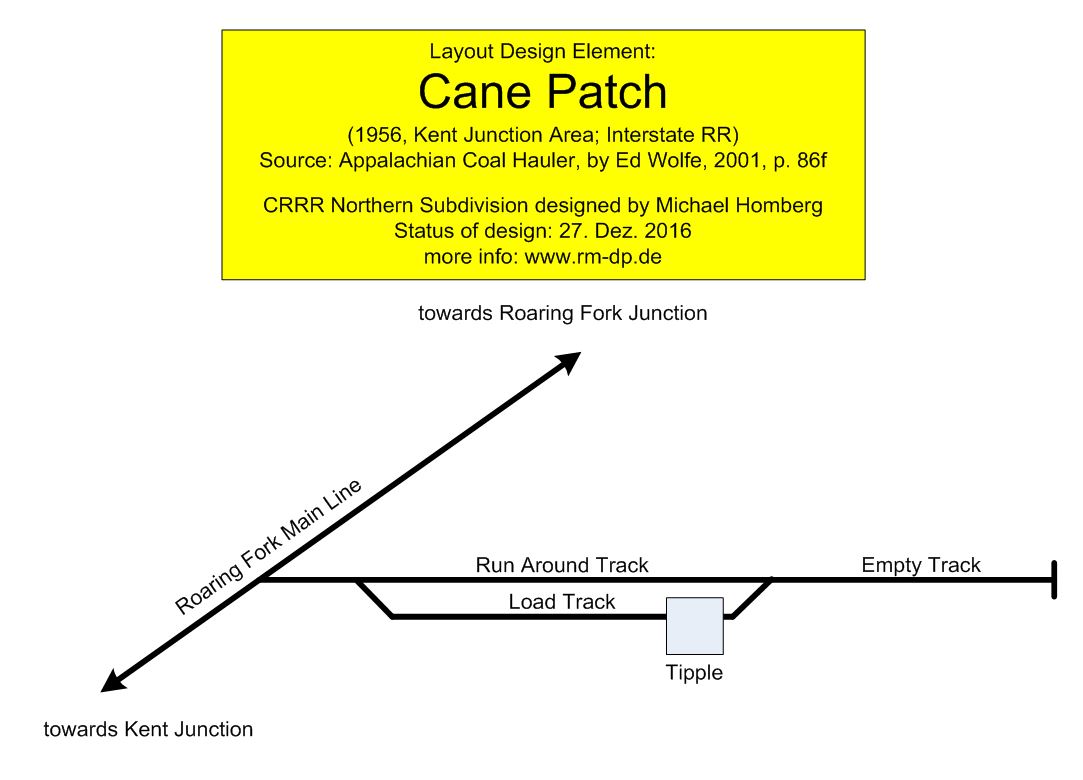 Stonega is the LDE for "Blacktop Coal", at CRRR Robinette branch.

Stonega loaded about 25 to 30 cars of coal per day, classified to several coal grades.

Note: the Coke Ovens were operated until 1953. Therefore, in 1955 the coke oven tracks could be used for non-coke traffic.

Band Mill is the LDE for "Big Door Coal" at CRRR Robinette Branch. 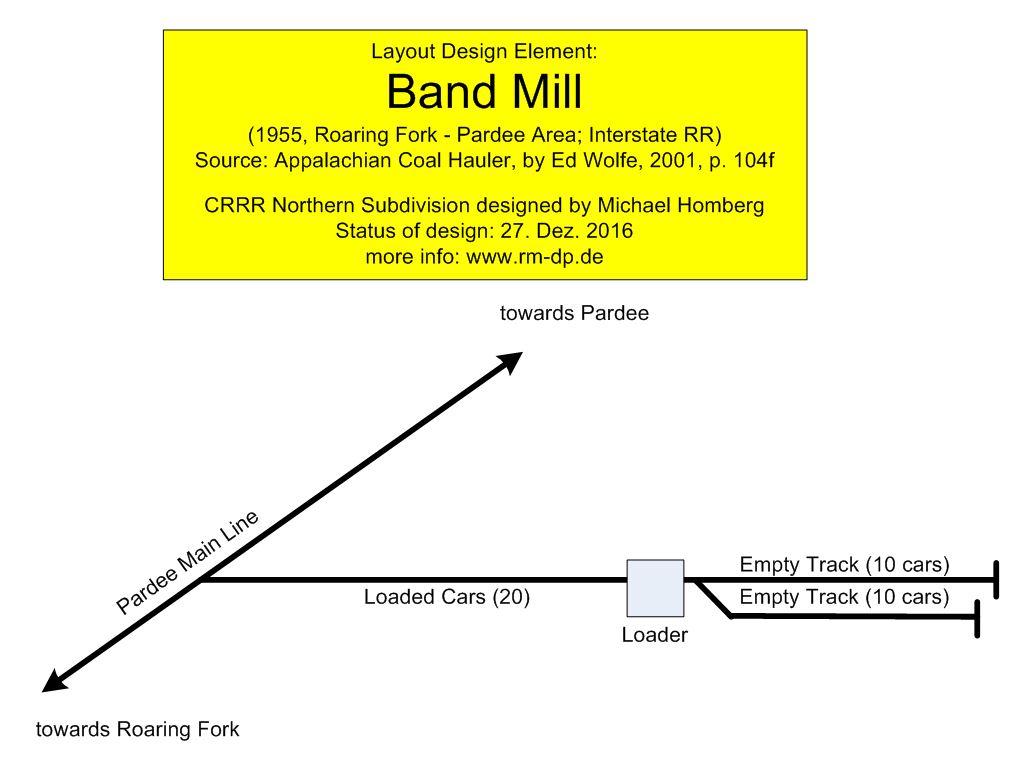 Roda is the LDE for "Blacktop Coal", at CRRR Robinette branch.

Roda loaded about 50 cars of coal per day, classified to several coal grades. Night train crew and day train crew were working at Roda, each with 25 cars.