How I "met" the Columbia & Western Railway

End of December 2013, I re-visited the BAE Braunlage Andreasberger Eisenbahn by OOK Otto O. Kurbjuweit. Photos and Videos you will find here.

In the same #38, there is a 9 page article about the Columbia & Western Railway, by Mark Dance.

I have read the Columbia & Western article with great interest when the magazine was published in summer 2008. And re-read it now. How will it look today, I asked myself. And began to search the web. What I found out was very informative for me, and I am glad that Mark Dance permitted me to set up this web page, and to illustrate it with his photos and graphics. Thank you, Mark!

Schematic Track Plan.
Comment for orientation North / West: At the Columbia & Western Railway, in most cases the "west" is to the right and "east" is to the left because on the prototype the rails follow the south or eastern side of the water features. This is practiced on this map, too. Please have a look at the "North" arrow on the map to get oriented. 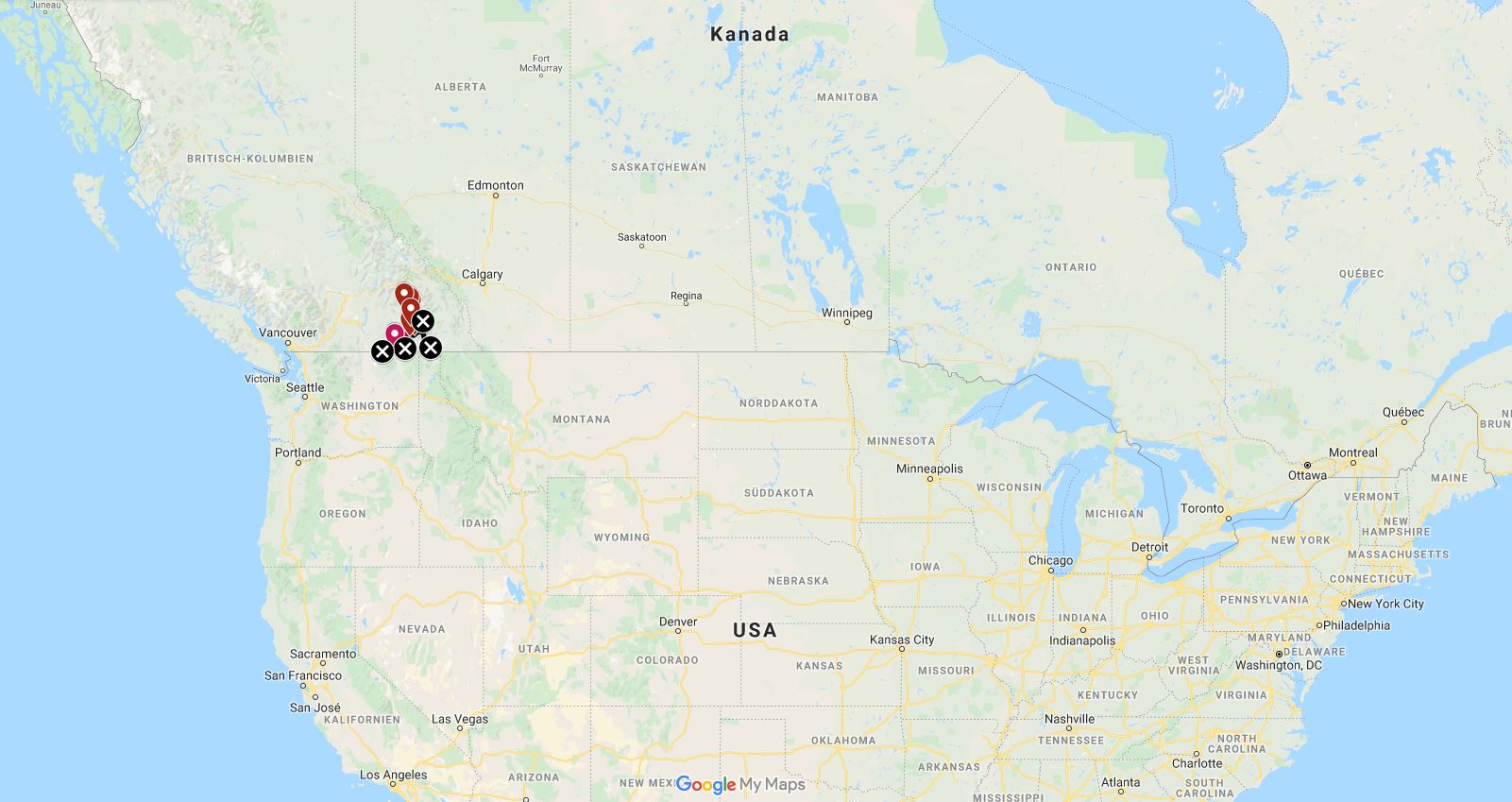 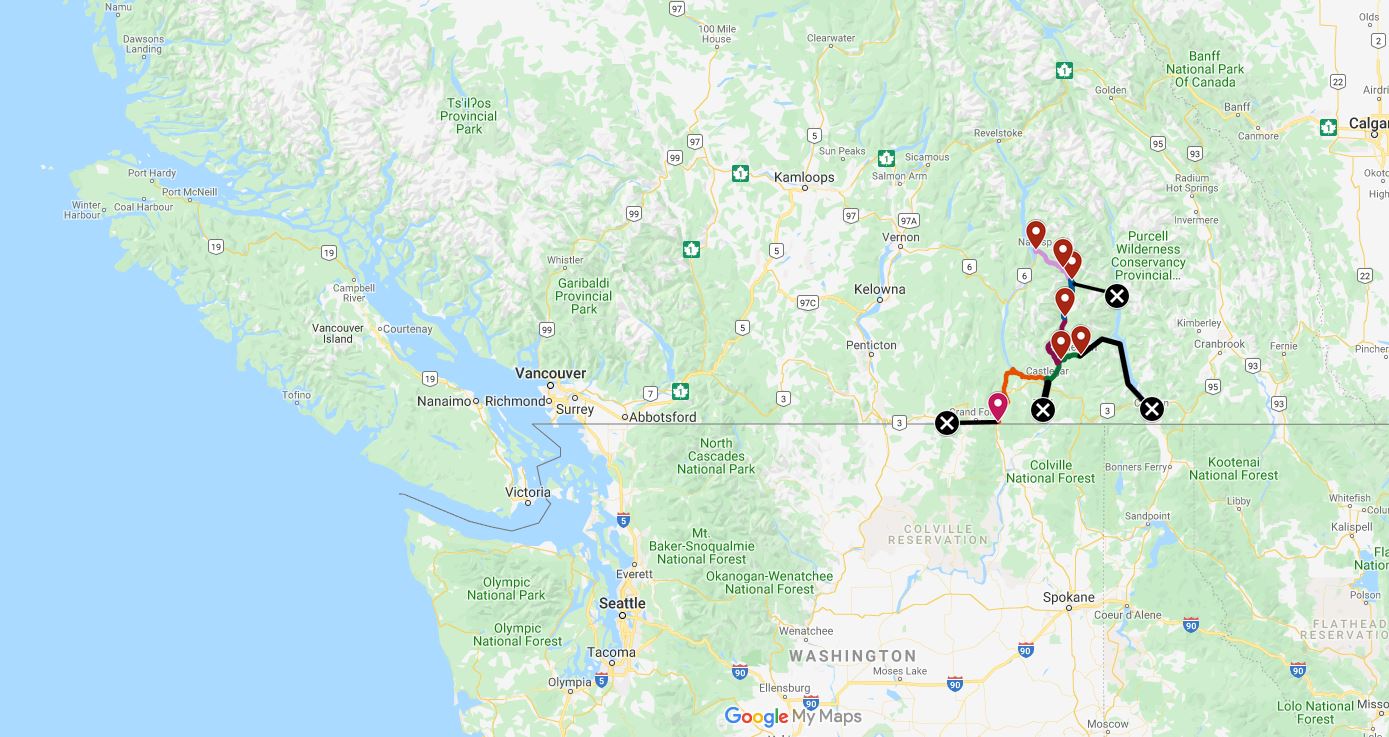 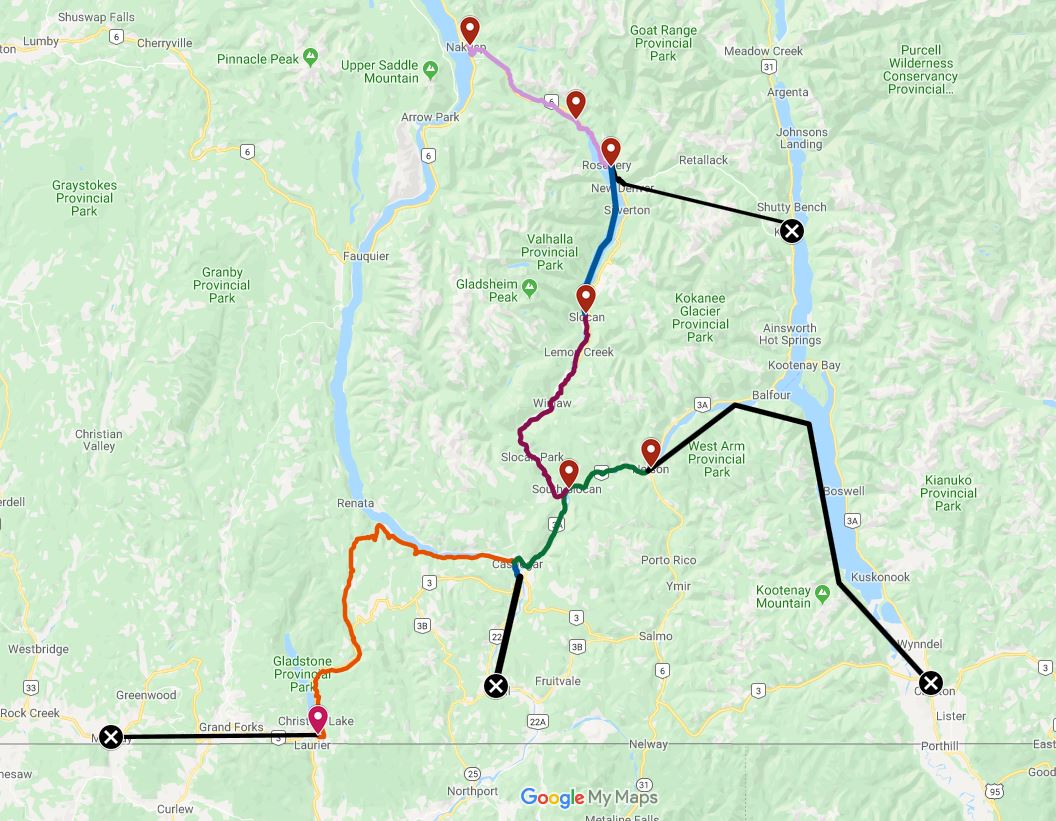 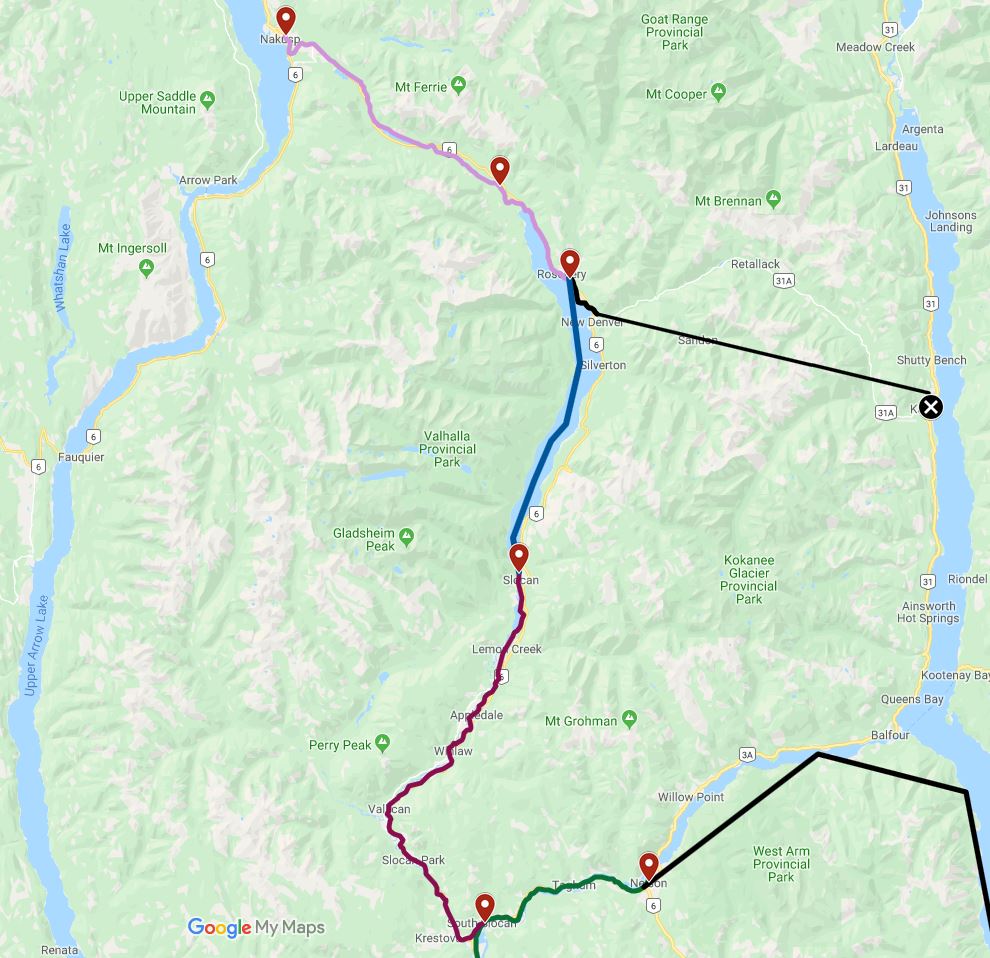 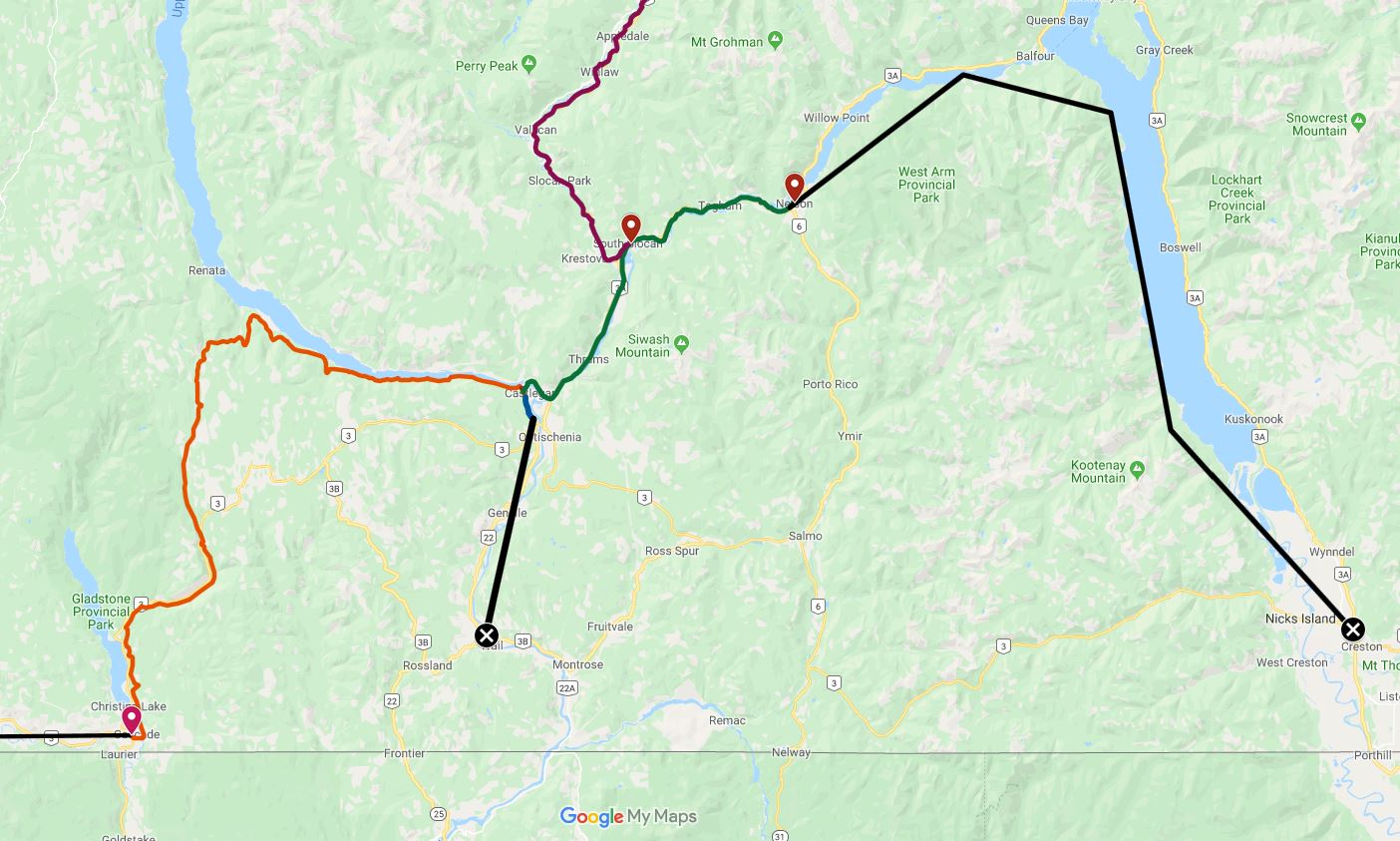 view to West side of Nelson (lower layer)

and Snow Shed #1 on upper layer. East part of Coykendahl is on the left (upper layer).

Photo taken at corner of room at east end of Nelson

Lower layer: bridges of Kootenay River, South Slocan (with gate 3 opened, therefore not visible), and Castlegar in the background

Upper layer: Fife/Lafferty on the left, Kettle River Bridge in the middle, Coykendahl on the right

towards first switch of Farron

Farron: meet with a steam train

Snow Shed #1, view from other side

The Slocan Branch hooked me when first looking at the railway system map of the Columbia & Western.

This is a branch which only can be reached by using rail barges which move over the Slocan Lake, from Slocan City to Rosebery.

The Kaslo Subdivision is inside the "Mushroom". Slocan City is on the lower (= "Waterline") layer, where Mark is operating at the moment.

Some time later he moved:

The Nakusp layer is where Mark is now operating trains. Mark is standing on a platform which is removed while operating the Slocan City layer.

Slocan City is the "End of Rail" from Nelson. Here, the entire train (locomotive, cars, caboose) is loaded onto a rail barge

The barge leaves Slocan City, and is pushed up the Slocan Lake, towards Rosebery

This journey is performed up the lake, and on Mark's railroad model ...

by air transport: the barge including train is lifted up to the elevated layer

barge up: locations on the track plans

Rosebery, at the barge slip. The train in the background is moving from Hills into Rosebery yard

South side of Rosebery. The track in the background to the right is moving towards New Denver Staging

Up to the North: Hills

New Nakusp with wye in the background, Old Nakusp in foreground

Here is a video by Mark Dance, which illustrates in detail the operation of the Slocan Lake rail barge: a train moves over slips at Slocan City, the lake, and Rosebery

Overview of the N scale Columbia and Western Model Railroad

Tag, Cup and Spreadsheet car forwarding on the C&W:

Here is a video of the real RR

This WebSite covers only some sections of this layout. There you will find further information:

(c) 2014 Photos and Graphics by Mark Dance, Vancouver, BC, Canada. Published with permission.