The 2015 FREMO americaN Lauffen layout was a huge one, too. The meeting was 04th to 07th June, 2015, participants came from Germany, Netherlands and South Tirol (Italy).

Claus did a fine job as layout and traffic workload planner. And, looking at the versions of planning and that timeline, he did many loops of refinery. The result was a good one, thank you, Claus! By the way, the plannings of the six previous Lauffen meetings were good ones, too, and I enjoyed all of them :-)

For the first time at an americaN meeting: Alexander operating his new module, Emeryville

as exprected: a lot to do at Haslingen Steel yard

Additional photos and information about some of the modules set up at this Lauffen 2015 meeting: 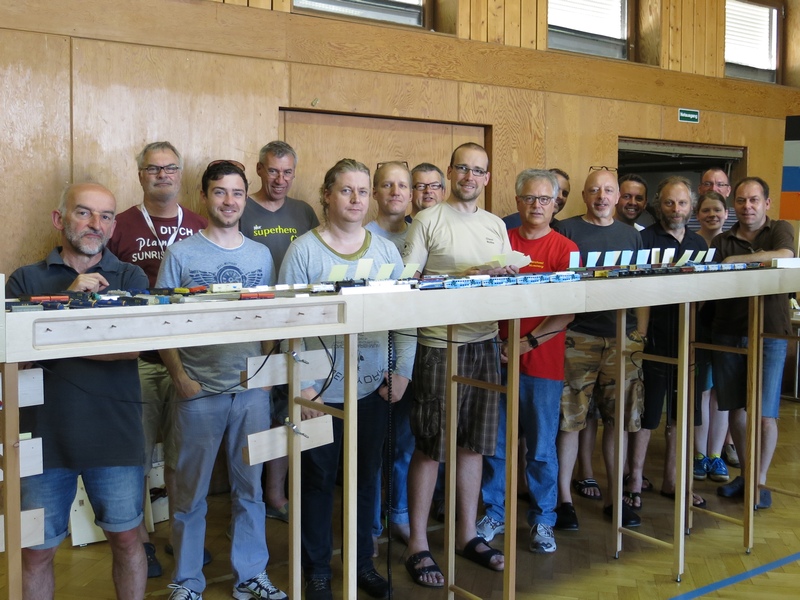