by Dave and Linda Sand 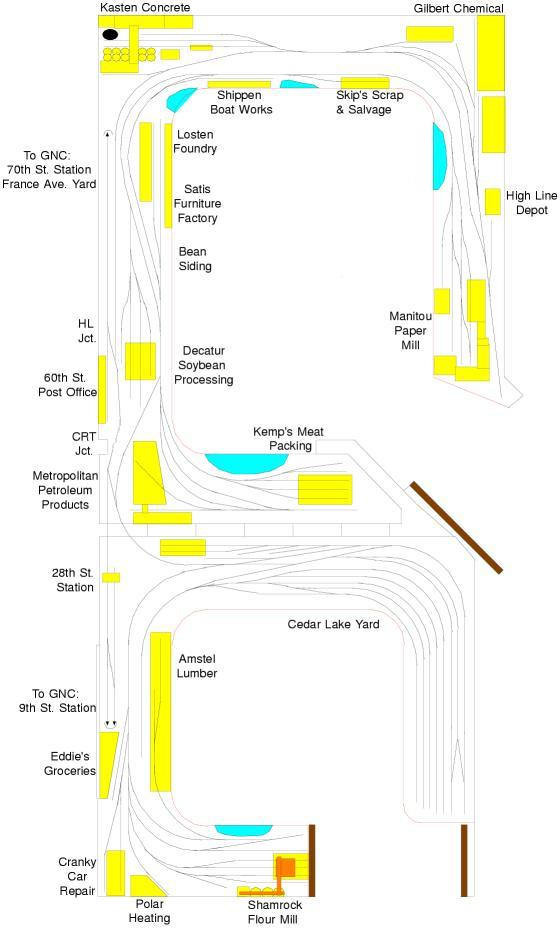 This track plan, and many details, you will find at Cedar River Terminal. CRT is an industrial model railroad which was published in Layout Design Journal LDJ-26, spring 2001.

This article in LDJ-26, and articles of Linda Sand in "Model Railroad Planning" (especially "Industrial switching in N and HO scale", MRP 1998, page 52ff), had a significant impact on model railroaders in Germany, especially in the americaN FREMO group. At the moment americaN has the first modules with industrial themes, and we even have subgroups by now which call their standard "NAI", what means North American Industries modules.

One of my reactions was my track plan of Willow Hill Yard.