The annual FREMO meeting in 2009 took place in Braunlage, Germany.

Among many other FREMO groups with different themes, times, and gauges, americaN set up a module layout.

It was the most complex americaN module layout so far: 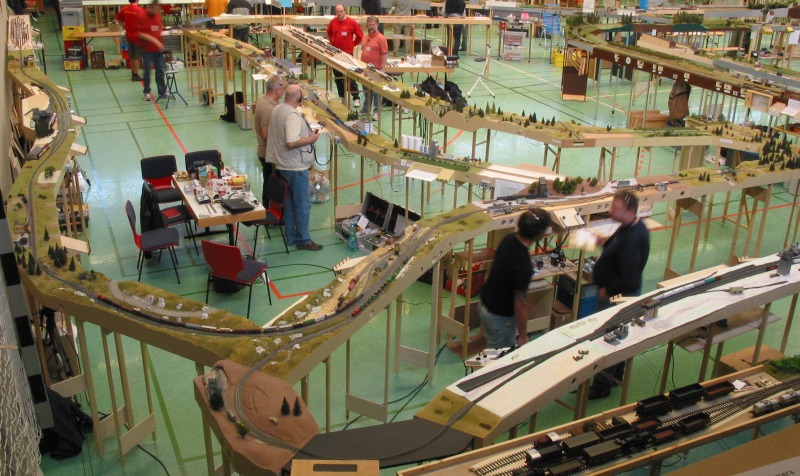 Overview from the balcony. The americaN modules are in a gymnasium, together with other FREMO groups. Those had other gauges (for example: Om in the foreground, HO in the back), or other themes (German Railways, ...) The picture shows only a small part of the gymnasium.

Above is one part of the graphical time table.
Here is the full version as pdf-file.

The two dispatchers are far away from the americaN layout they are managing. Sitting on the balcony of the gymnasium, they have a nice view onto the big HO layout which has the German RR as the topic (below)

As often at meetings, new modules had their first operating session.

Two factory sidings were built by Welf. Clausen Storage got a big warehouse and team track... 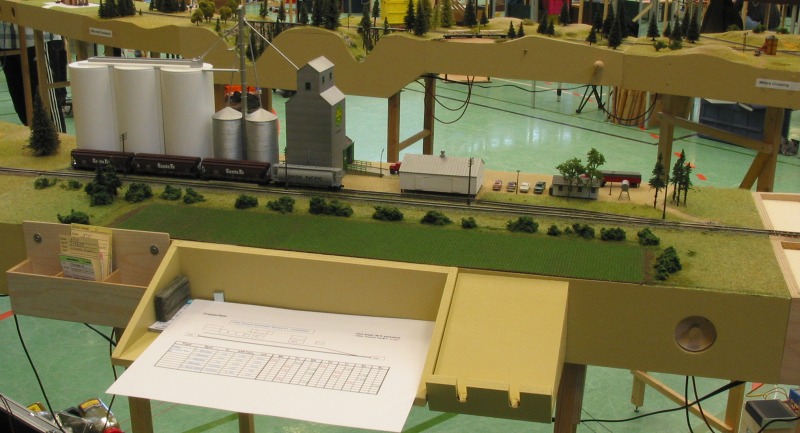 while Cropperfield got a big grain elevator. 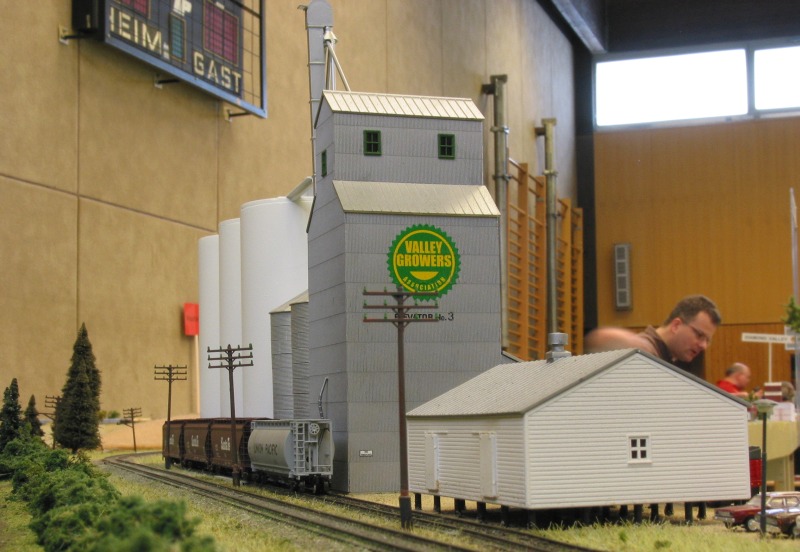 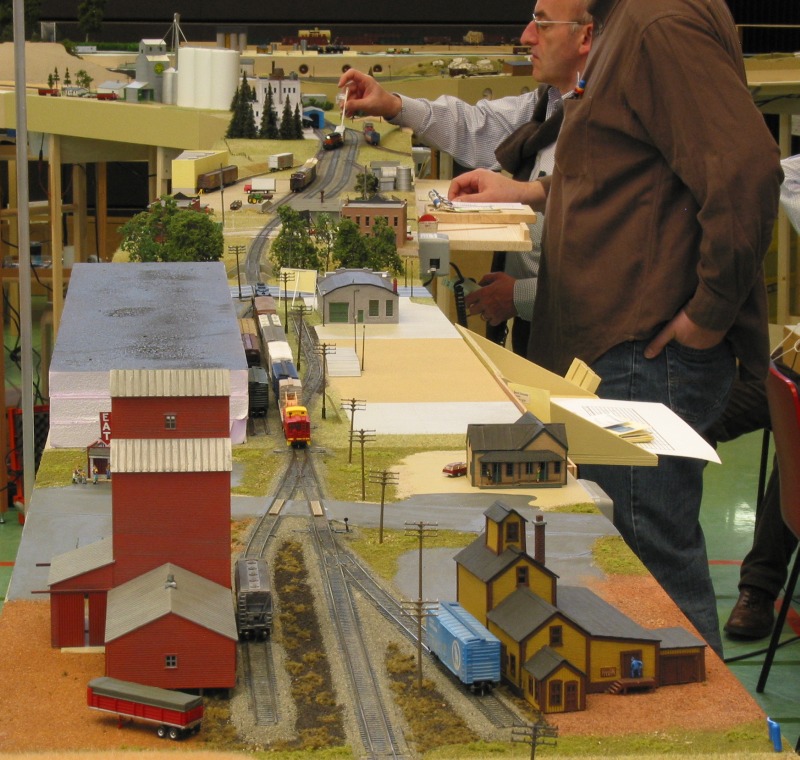 Perish Hill in the foreground, followed by Clausen Storage and Appaloosa Junction (with siding)

JK Coal is getting green, and the first trees are growing 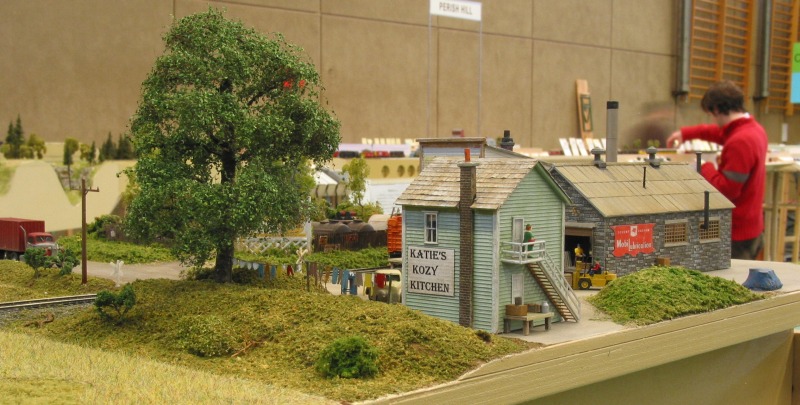 Lots of activity, and details, at Jock and Meldrum (above and below) 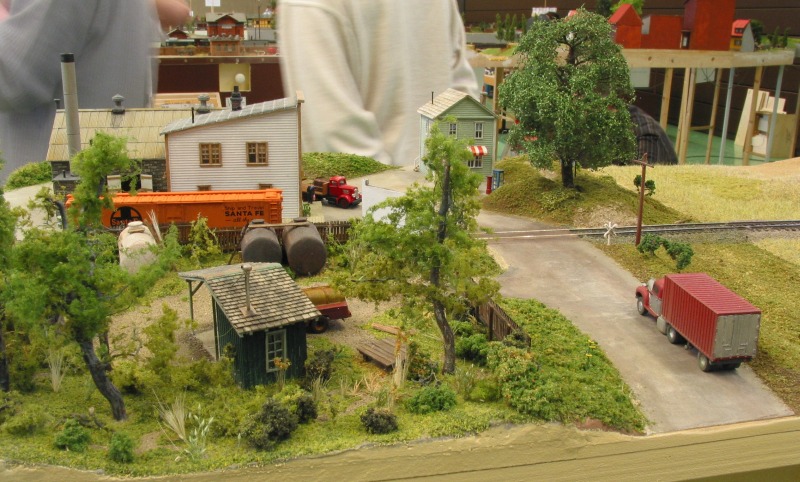 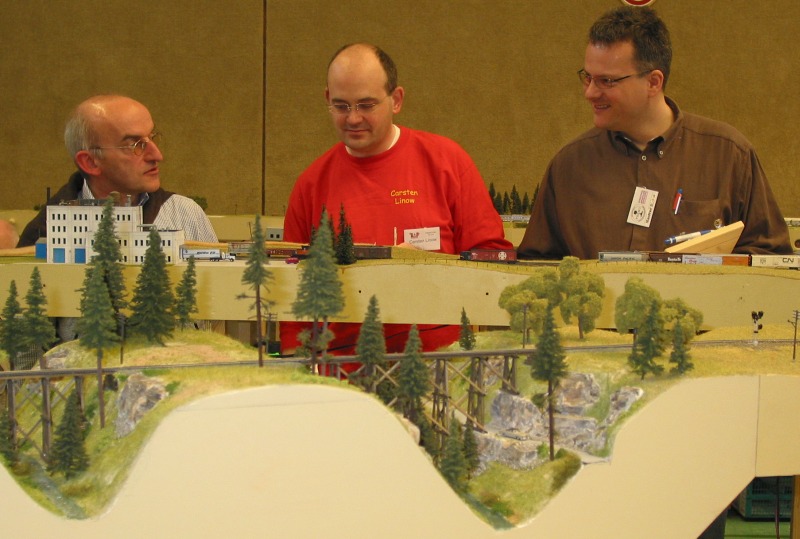 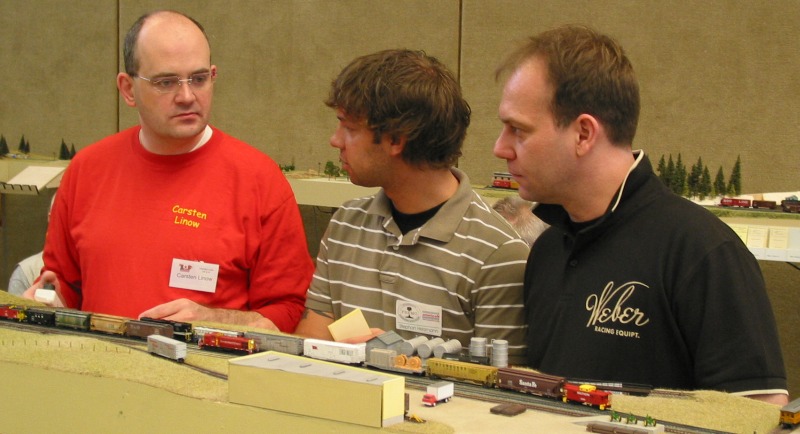 ...discussing next moves (above and below) 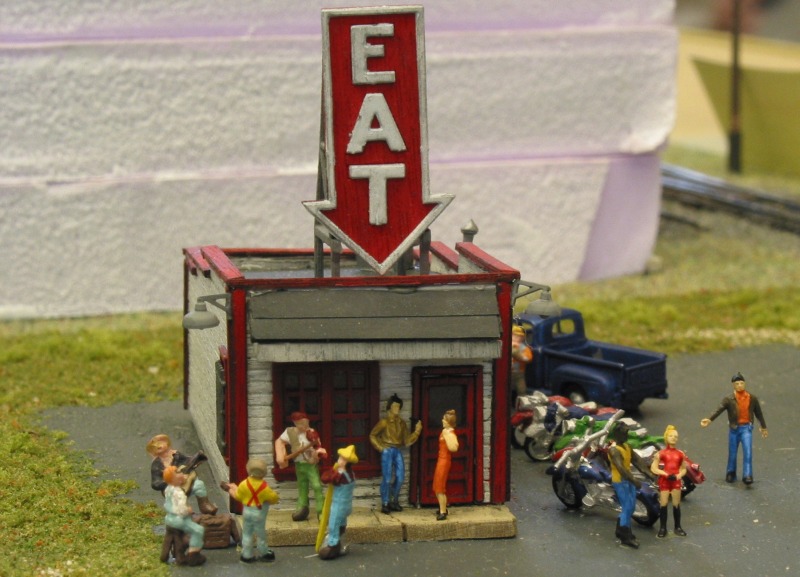 Perish Hill got some live music, and heavy cycles 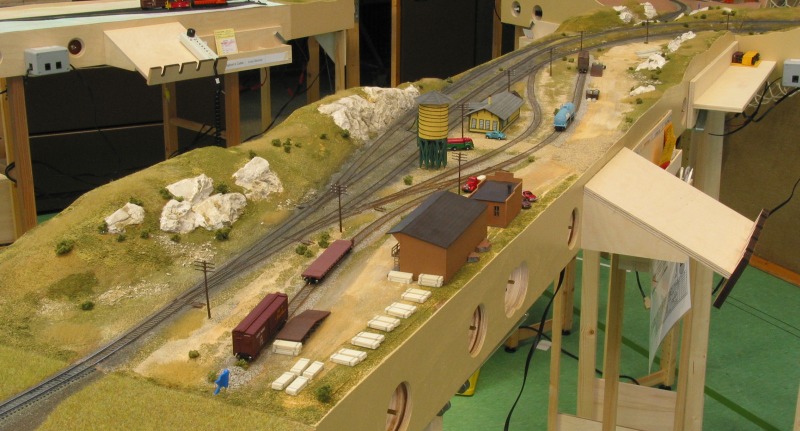 Rocky Point by Stephan and Elmar (above and below). The Wild West... 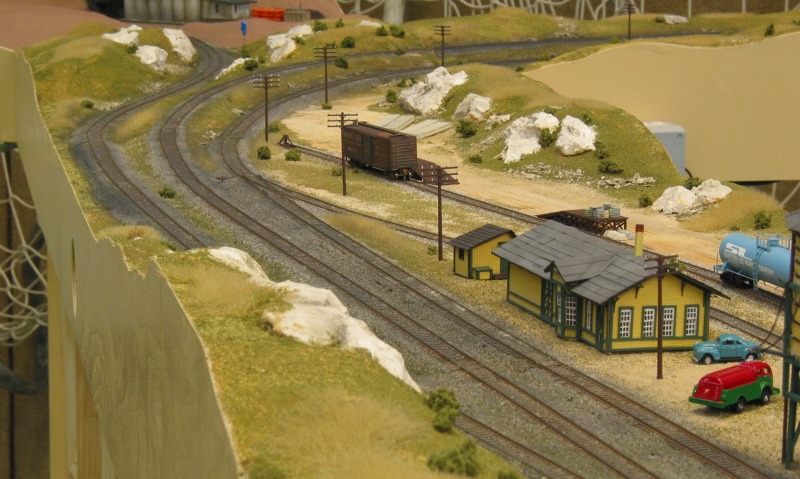 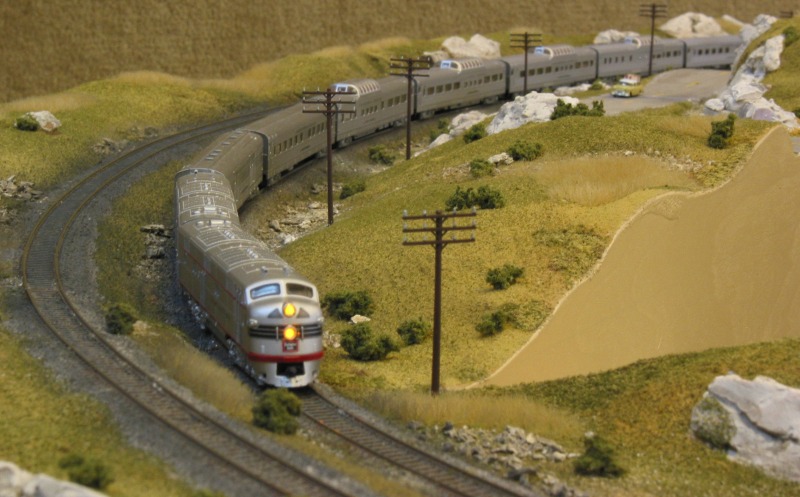 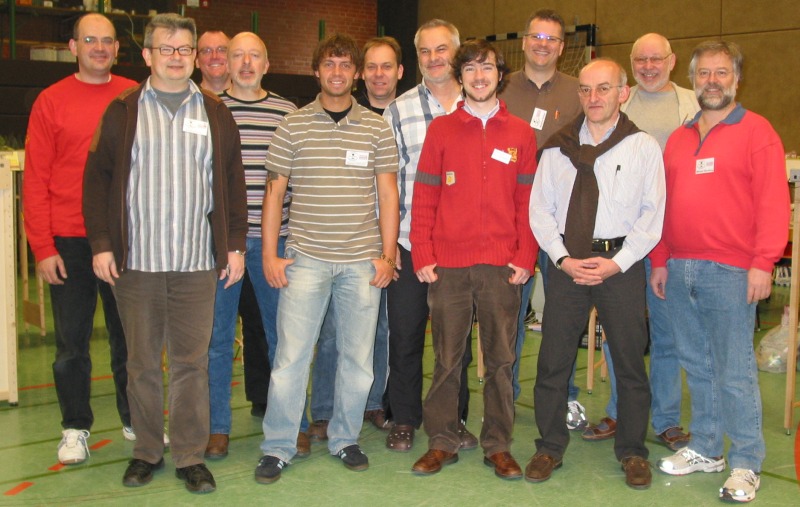